For African-Americans the ground-breaking movie Black Panther is more than just another cinematic event, it’s a statement and about time too.

Up until the Civil Rights era of the 1950s and 1960s Blacks were only portrayed in stereotypical roles and rarely seen as heroes, successes or well-adjusted citizens. Despite its popularity, however, it’s questionable whether today’s young African-Americans will appreciate its historical significance.

After seeing the film Roman J. Israel, Esq. with my mother, Jacqueline Moore, one line stayed with me after a young man laughed at Israel. “We’re standing on their shoulders,” his co-worker corrected him. The first time I heard that quote I became emotional because I realized without the struggle my parents and grandparents went through I wouldn’t be here,  enjoying basic human freedom.

Sartorially African-Americans have proven their acumen over and over, now with Black Panther, another chapter will unfold. Since my mother lived through segregation and was my first style role model I decided to interview her about being African-American, the past and the film. 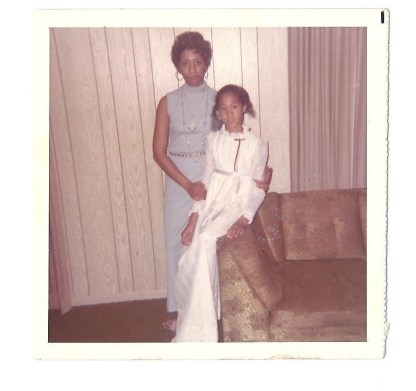 VM: Where are you from originally and where did you grow up?

JM: I’m originally from Oklahoma City, Oklahoma and I grew up in Los Angeles, California.

VM: What was life like for you, as an African-American, then?

JM: Even though I never saw any direct racism, I do remember we couldn’t buy new cars and houses. We had to buy used. As far as living conditions are concerned, when we lived in Watts, it was mostly Blacks and Latinos, then we moved to the Westside where it was more racially mixed.

VM: How do you think Black Panther will change the fashion scene?

JM: It may turn into a fad, with everyone wearing daishikis, which will cause it to die quickly or it may be more long-lasting. I don’t really know. It does remind me of the 1960s after Dr. Zhivago came out and there were Russian style coats everywhere.

VM: What kind of impact do you think Black Panther will have on today’s African-American youth?

JM: I don’t think it’ll have any impact because kids today aren’t too in tune with what’s going on.