Is there still hope for the female “hopes and dreams of the slaves”?

Naomi Wadler: Activist for our Times

Someone once told me the lowest person, in our society is an African-American woman, because her looks are constantly being insulted and her magnificence isn’t recognized in popular media as consistently as Caucasians, Hispanics, and Asians. If I used myself as an example as an African-American woman and talked about the areas in my life where others have tried to hurt me culturally, psychologically, emotionally and creatively, I’d agree and give in to this assessment. But when I square my shoulders and remember how I’ve used my profound inner strength to overcome these obstacles I’d say it’s a misconception that needs to finally be addressed and rectified by one of our own.

Naomi Wadler, “an 11-year-old fifth-grade activist who organized an elementary school walkout on March 14, 2018, in an homage to shooting victim Courtlin Arrington” might be the one to do it. Through her “March For Our Lives Speech,” she not only started a dialogue, about this issue but opened a societal Pandora’s box with her actions.

Photo by Godisable Jacob on Pexels.com 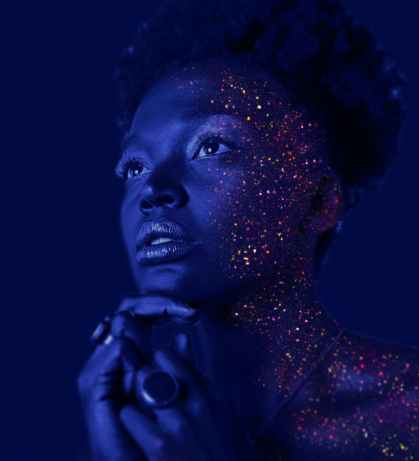 Photo by 3Motional Studio on Pexels.com

The “Most Vulnerable” In Society

Along with the incidents Wadler speaks about, Christine Pelisek, author of The Grim Sleeper: The Lost Women Of South Central, eloquently writes about the 10 “women of color” killed by serial killer Lonnie D. Franklin Jr. with the same compassion. “These women, societies most vulnerable, were the collateral damage, easy pickings for a serial killer,” she writes in the book’s Prologue Winter’s List.

Gun violence isn’t the only mortal threat to African-American women, they are also being killed in epidemic proportions for trying to protect themselves from disrespectful males. Rachell Davis, writer of 11 Black Women Who Were Killed For Saying No, (www.essence.com), claims these ladies were murdered because they “refused the advances, requests or orders of men.” By standing up to violence, specifically against African-American women, Essence magazine also hopes print and internet awareness will help halt the problem.

All Students Should Be Safe At School

Another dilemma, of equal importance, Wadler pointed out is every student’s right to be safe within their school. For young African-American females that’s becoming harder, with the decrease of diversity, the increase of racism from Hispanic and other non-Black students, and the re-segregation of urban schools plagued with crime, poverty, and violence within and without the classroom.

The options for a life, in the future, away from such a dangerous and toxic climate becomes nonexistent, as they become trapped by insufficient educational and professional job skills, drugs, pregnancy, and other inner-city obstacles. Unfortunately, they become the prey to the predators in their environment.

So what’s the solution? Constant vigilance by leaders in the African-American community to start, and more voices like Wadler’s, among our younger generation. If this is achieved, maybe the next speech she gives won’t be about also honoring other shooting victims, Hadiya Pendleton and Taiyana Thompson, but about promoting the achievements of girls like them instead.